Natural melatonin is a highly fat-soluble natural hormone produced by the brain’s pineal gland, but also found in other areas such as the eyes, bone marrow, and gut, and is a hormone produced by the brain in the dark to regulate human sleep. The longer the night, the longer the pineal gland secretes melatonin, and the higher the level. It can help you fall asleep by calming your body down before bed. Melatonin is synthesized from the amino acid tryptophan and then released into the blood and cerebrospinal fluid, crossing the blood-brain barrier. It sends messages to receptor agonists in the brain and other areas of the body to help control sleep and wake cycles.

Many people who have trouble sleeping usually have low levels of melatonin in their bodies so they can take melatonin supplements (usually oral tablets or capsules). Melatonin dietary supplements can be made from animals or microorganisms, but in most cases they are synthetic.

Xi’an Lyphar can provide 99% pure melatonin white crystalline powder. Xi’an Lyphar has 11 years of production and export experience, the product quality can be fully guaranteed, and the price is very competitive. So if you have any needs, just feel free to contact us.

The benefits of melatonin.

In addition to improving sleep, melatonin is involved in managing immune function, blood pressure, and cortisol levels. So, it also acts as an antioxidant, and some studies have found that melatonin can significantly affect many health conditions.

Melatonin is a powerful antioxidant that prevents cell damage and maintains eye health by neutralizing free radicals and reducing inflammation, reducing your risk of eye diseases such as glaucoma and age-related macular degeneration (AMD). Another mouse study found that melatonin reduced the severity and incidence of retinopathy, an eye disease that affects the retina and can lead to vision loss.

Migraine symptoms are a recurring type of headache, usually on one side of your head. Scientists have shown that melatonin can relieve this type of pain because it suppresses the sensation of pain. Multiple studies have shown that taking 3 mg of melatonin before bed can reduce the frequency of migraines in adults.

Melatonin has been shown to block the secretion of stomach acid and also reduce the production of nitric oxide (nitric oxide is a compound that relaxes the lower esophageal sphincter, allowing stomach acid to enter the esophagus). Therefore, some studies have proven that melatonin can be used to treat heartburn and gastroesophageal reflux disease.

Researchers suggest that taking melatonin may help reduce symptoms of overt tinnitus and improve sleep.

Melatonin Safety and Side Effects.

Studies have shown that melatonin is safe and non-addictive even when adults take it long-term, and it has been used safely for up to 2 years. And you don’t have to worry about melatonin supplementation reducing your body’s ability to naturally produce melatonin. However, melatonin is currently not recommended for use in children or adolescents, except in children with medical needs. We recommend that it is best to consult your doctor before taking melatonin.

The recommended dosage of melatonin.

In general, a safe starting dose for adults is 1 to 5 mg of melatonin. Doses below 1 mg are effective in older adults. If you plan to take melatonin for insomnia, you can start with a low dose of melatonin. For example, start with 0.5-1 mg 30 minutes before bed, and if the effect is not significant, try increasing the dose to 3-5 mg. However, since not all melatonin supplements are the same, it’s best to stick to the recommended dosage on the label to avoid unwanted side effects. Children should not take melatonin unless advised by a doctor.

What to Avoid While Taking Melatonin.

Avoid driving or operating machinery for at least 4 hours after taking melatonin, or until drowsiness no longer occurs. Avoid alcohol, cola, coffee, tea, energy drinks, or other products that contain caffeine while taking this medication, as it may counteract the effects of melatonin.

Foods were rich in melatonin.

Melatonin is found in diets such as vegetables, fruits, and grain products. According to existing research, these six foods are good sources of melatonin:

Tart cherry juice is one of the most well-known sleep aids. Researchers have found that it can increase levels of melatonin in the body and enhance sleep. But eating cherries is a healthier way to get melatonin than drinking cherry juice.

Produced by a plant native to China, Goji berries are known for their anti-aging properties. They are also high in melatonin, which improves sleep.

Among animal products, eggs are one of the best sources of melatonin. Eggs are rich in nutrients and can provide essential nutrients such as protein and iron.

Warm milk is a traditional remedy for insomnia because it is rich in melatonin. Warm milk is a good option if you are dairy-tolerant.

Fish is a better source of melatonin than other meats. The best options are oily fish such as salmon and sardines.

Most nuts contain high amounts of melatonin, with pistachios and almonds being the highest. 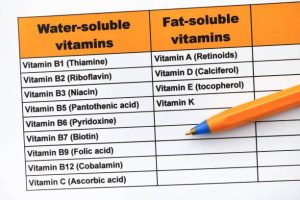 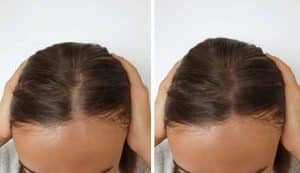 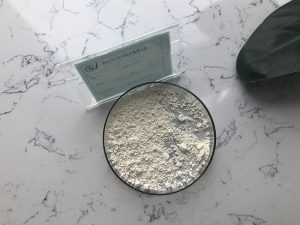