What is Chitosan Oligosaccharide

With the continuous development of glycobiology in recent years, chitin, chitosan and chitosan oligosaccharide have been discovered one after another. So what is the relationship between these three?

● Chitosan is made from chitin as raw material and then refined. It is insoluble in water but soluble in dilute acid and can be absorbed by the human body. Chitosan is a primary derivative of chitin. Its chemical structure is a high molecular alkaline polysaccharide polymer with cation and has unique physical and chemical properties and biological activation functions.

Simply put, chitosan oligosaccharide is an oligosaccharide obtained by degrading chitin or chitosan, and it is an upgraded product of chitin and chitosan products! Low molecular weight, good water solubility, great function and easier to be absorbed.

According to the various excellent properties of chitosan oligosaccharide Agriculture, it can be developed into biological pesticides, treatment agents, growth regulators and fertilizers.

It can be used as a treatment agent for seeds of many grain and vegetable crops. It can improve the germination rate of seeds, enhance the disease resistance of seedlings, promote the growth of crops and increase the yield of crops.

Chitosan oligosaccharide has good film-forming properties and certain selective osmosis, which can change the gas composition in the fruit tissue and reduce evaporation loss, thereby inhibiting the rot and deterioration of the fruit. Coupled with its broad-spectrum antibacterial properties, it can be used to preserve fruits and vegetables.

Chitosan oligosaccharide can regulate the closing and opening of plant genes and induce plants to secrete resistance enzymes, which can not only promote the activation of plant cells, stimulate plant growth, but also increase the self-defense ability against pests and diseases, reduce pathogenic bacteria, especially pathogenic fungi. damage to plants.

Chitosan oligosaccharide powder can change the soil flora, promote the growth of beneficial microorganisms, improve the soil environment, and release the fixed medium and trace elements in the soil, to achieve the purpose of increasing production.

Foliar spraying, root irrigation, flushing and other treatments on crops can effectively promote the development of the root system, and at the same time create a good soil environment for the root system, which has good rooting, rooting, and root preservation effects.

How to identify high-quality Chitosan oligosaccharides?

1. During the preparation process, the chitosan raw material is decontaminated to reduce the ash;

2. Shorten the time of enzymatic hydrolysis reaction and membrane treatment, and reduce the chance of chitosan oligosaccharide and air contact oxidation;

3. In the case of ensuring low moisture content, try to use a lower spray temperature. Prepare high-activity chitosanase with an optimized process, shorten the enzymatic hydrolysis time of chitosan, and prevent the oxidation reaction of chitosan oligosaccharide to the greatest extent; 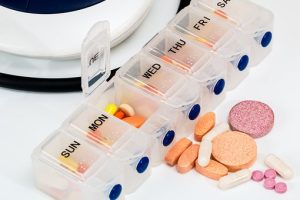 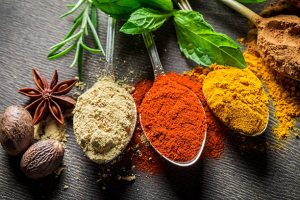